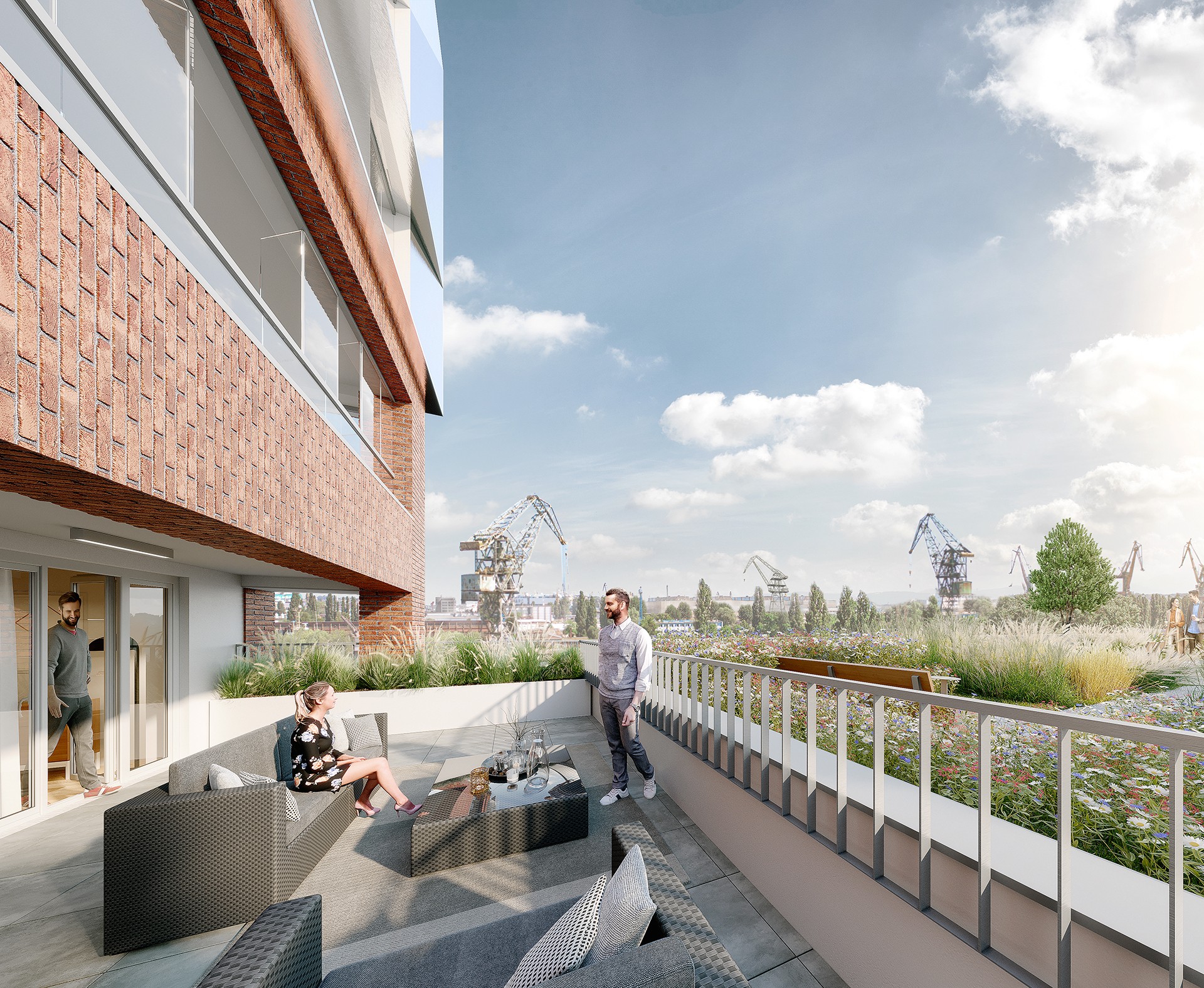 Mota-Engil has been chosen as the general contractor of the first stage of the "Żurawie" residential complex, which YIT is going to build in the area of Nowomiejska, Popiełuszki, and Jaracza streets in Gdańsk. The enterprise is going to entail the construction of a building with 243 flats with a total area of 27,200 sqm and a usable area of 12,900 sqm in the Młode Miasto district, in the vicinity of the European Solidarity Center.
Let us recall that this year in February, we reported that YIT was conducting preparations for the construction of a multi-functional complex with an area of 40,000 sqm in Gdańsk according to a design by Ladhelma & Mahlamӓki and GCK, and Latergrupa Architekci. Aside from 243 flats, the complex is also going to include 156 co-living units and an office building with a lease area of 23,000 sqm. ■