Spec Bau and STB Koncept will build for Trei „Vendo Park” in Jawor and Kobyłka with gla of over 10,000 sqm 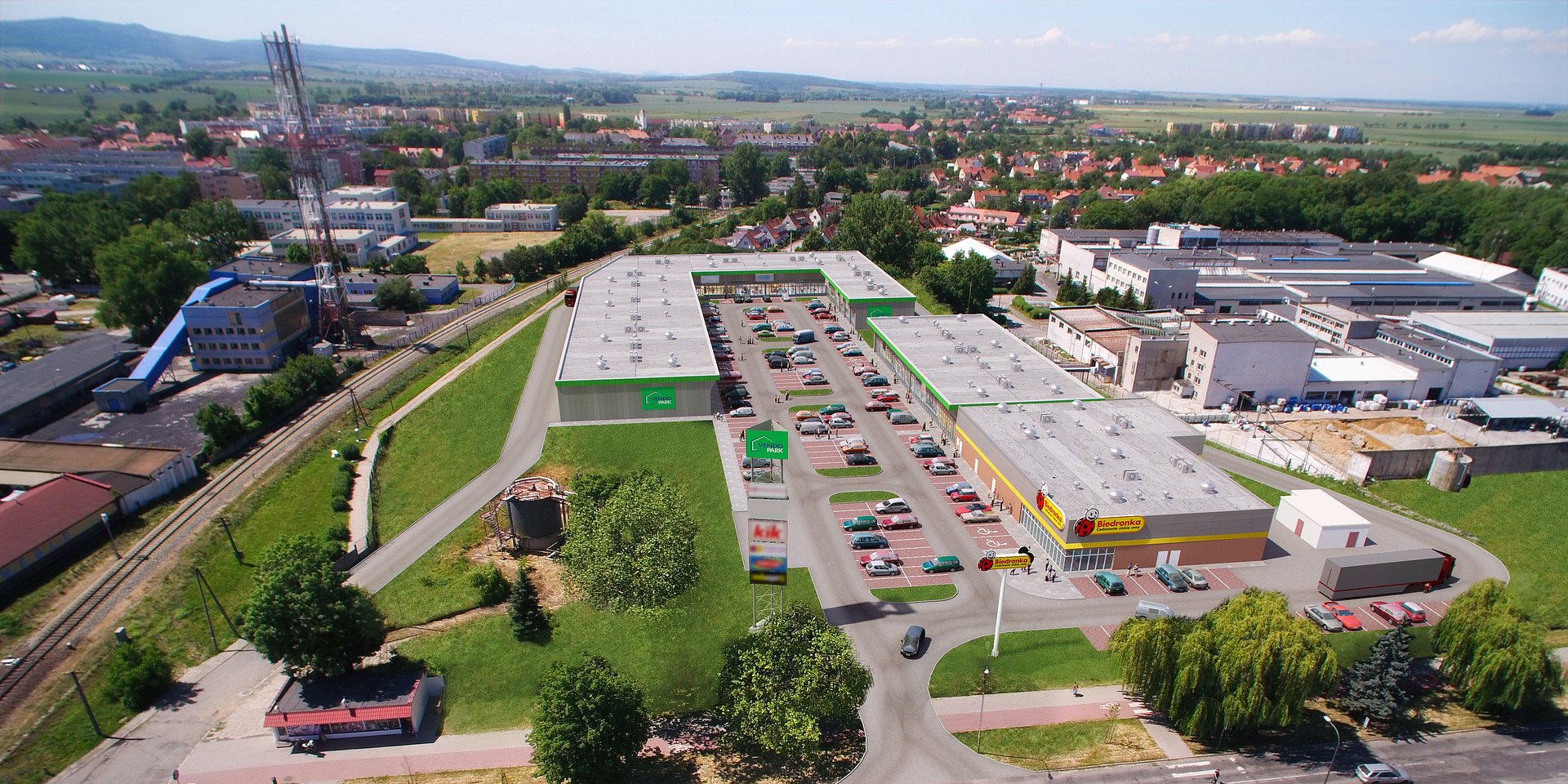 Several weeks ago, Spec Bau commenced works, commissioned by Trei Real Estate, on the construction of a shopping center on Dworcowa Street in Jawor (Dolnośląskie Province). The complex, which is going to be built on a 2.5-hectare property, is going to have a lease area of 7,200 sqm, including 6,100 sqm to be used as "Vendo Park" with stores of the following chains: KIK, Hebe, Action, Martes Sport, Pepco, Media Expert and Sinsay. A Biedronka supermarket, which is scheduled to be opened by the end of this year, is going to take up 1,100 sqm. The remaining outlets are going to begin operating in early 2020. As we informed, documentation of the enterprise was prepared by, among others, architect Piotr Mastalerz from Technika Projekt.
Meanwhile, Trei has commenced the construction of a "Vendo Park" on a property with an area of 8,500 sqm on Napoleona Street, next to the Lidl supermarket. The outlet is going to have an area of 3,200 sqm and is going to consist of six stores, including Rossman and Pepco stores. STB Koncept from Wołomin has been chosen as the general contractor. The investment, designed by Grzegorz Rempoła's AGR workshop, is scheduled to be completed in December. ■